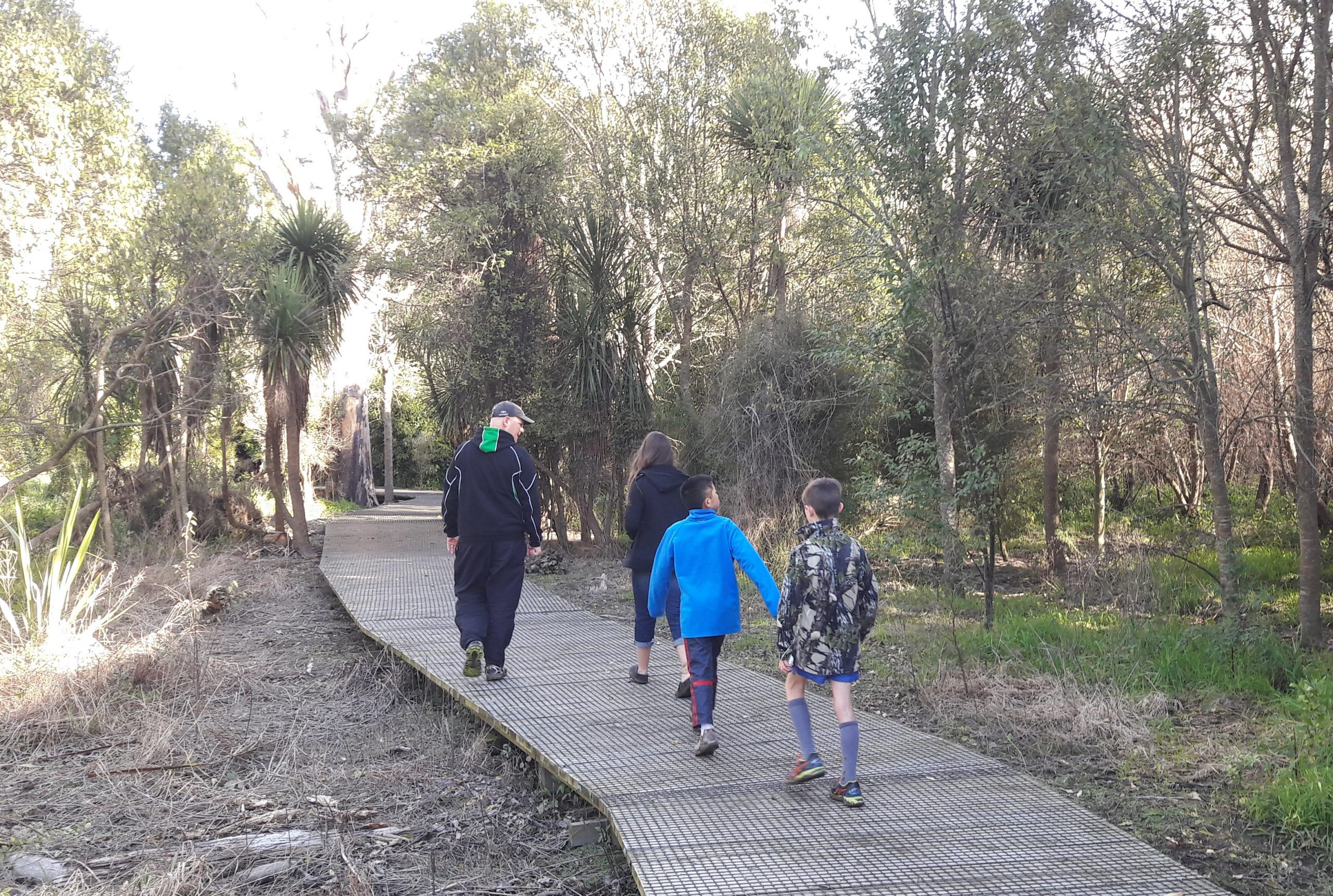 Kitchener Park is a much prized bush reserve, a mere few minutes drive from Feilding, in the Manawatu.

Kitchener Park  was created by the then Feilding Borough Council in 1916 and named after Lord Kitchener, the British Cabinet Minister and War Secretary.

The park is an important remnant of lowland semi-swamp podocarp forest, one of the best and last-remaining in the Manawatu.

The park contains many fine specimens of kahikatea, totara, rimu, pukatea and kowhai trees, including until recently, New Zealand’s tallest kowhai.   There are also many rare species of fungus and insect life in the park, which have been the subject of some intensive study by national and overseas scientists.

The forest has suffered many flooding events over the years, and sustained major damage in the Feilding floods of 2004, and again in June 2015.

Two significant streams, the Mangaone and the Makino, meet at the park, and flooding has brought major damage to the area, including the introduction of the weed tradescantia (Wandering Jew), which has been an ongoing challenge to control.

When the Feilding Freezing Works closed in 1994, local pastor Gavin Scott gathered a group of unemployed freezing workers, and for many years they maintained the park, constructed boardwalks, and managed the weeds.  Gavin and his many workers,  volunteers, troubled youth, community groups, have put countless hours into improving the park and making it available to visitors.

In 2014, the Manawatu District Council, at the prompting of the then mayor Ian McKelvie, created the Kitchener Park Trust with Geoff Lovegrove, QSM, JP as chairman.  On its inception, the trust appointed Gavin Scott as Honorary Curator.

When the trust sought registration as a trust, it was necessary to change its name, and after consultation with local iwi, Ngati Kauwhata, the official name of the trust became the Awahuri Forest Trust – Kitchener Park.

The weather event of June 2015 severely damaged the boardwalk, and after a year’s delay, the new boardwalk, with extensions, was commenced.   This was completed early in 2017.

The trust has sought funding from various charitable organisations to replace and add new signage and with the support of the Manawatu District Council, has ambitious plans for this significant taonga in the Manawatu, and looks forward to making ongoing improvements to the park.

A large number of people visit the park, where walking and cycling trails are being established, with many opportunities for recreation and study.

Feilding’s Kowhai Park, a major attraction in the town, is also linked to the park with a track that run beside the Makino Stream on one side and Manfield Event Centre on the other, providing an excellent destination for people of all ages to enjoy.

The park has well sign posted directions and signs giving the names of trees and plants.

As a very leisurely pace the walk takes about an hour.  If people wish to stay longer there are a number of clearings ideal for picnics. 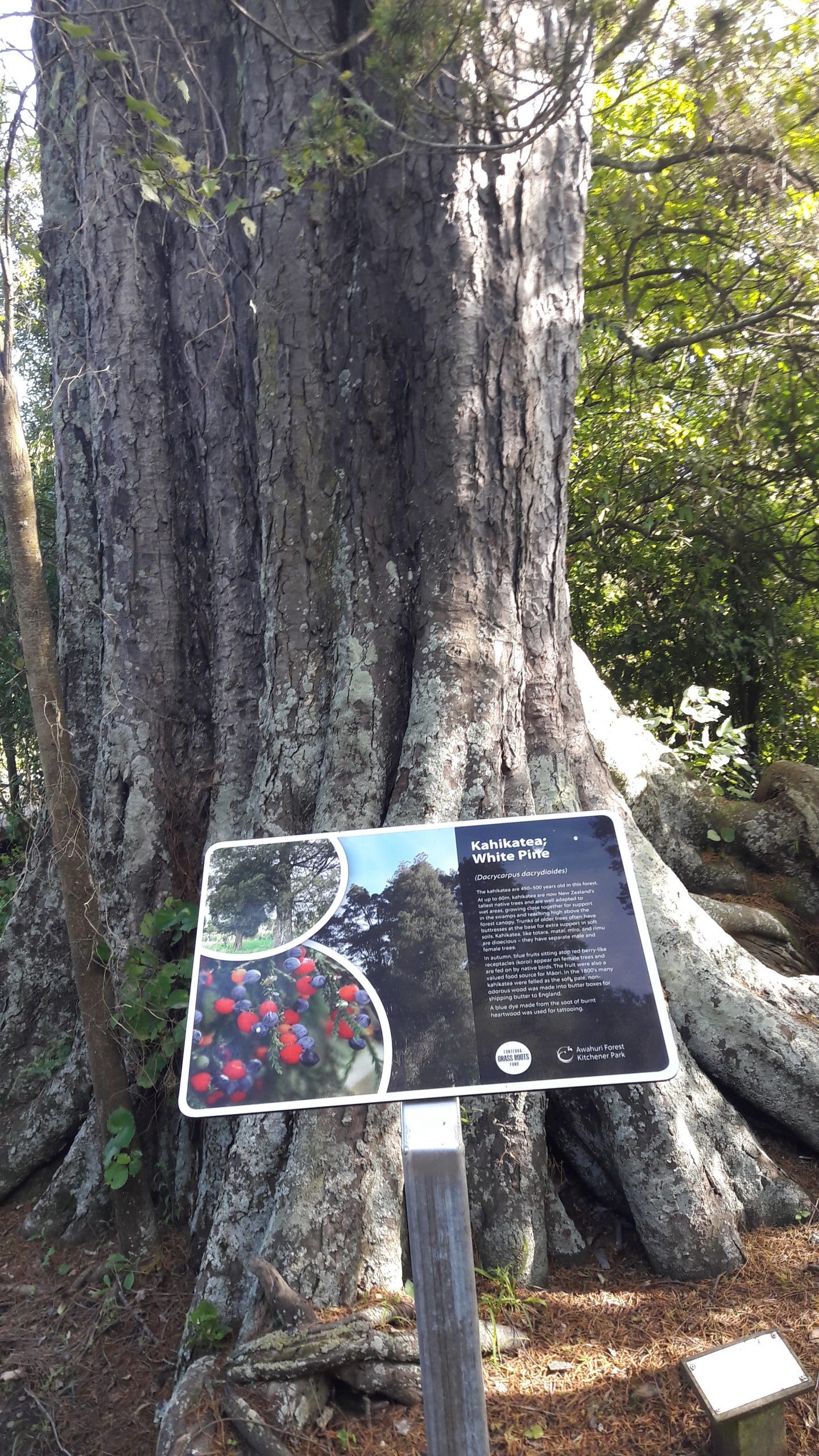 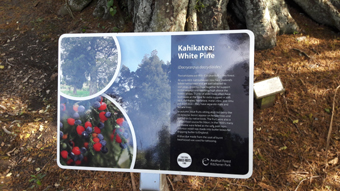 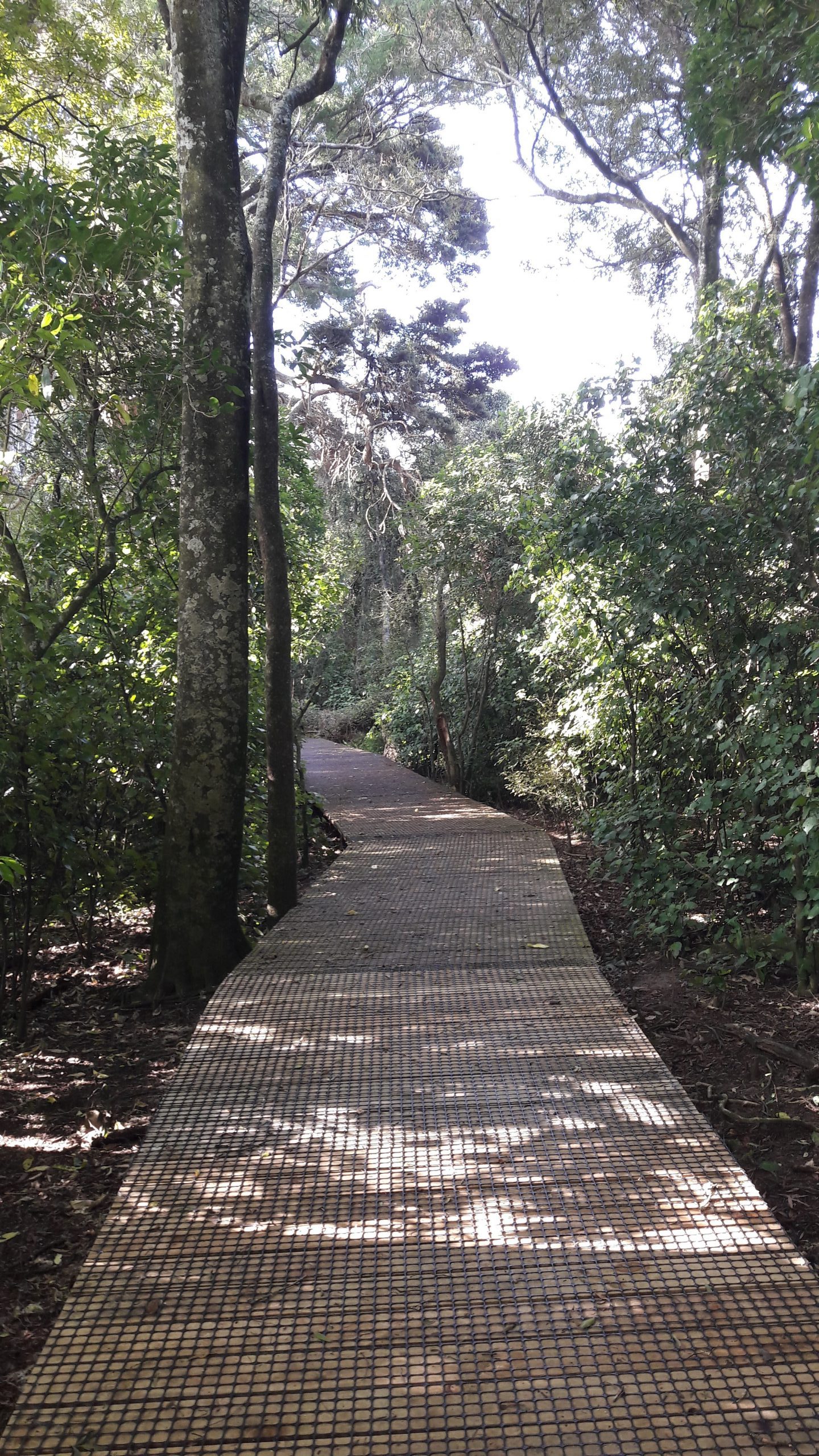