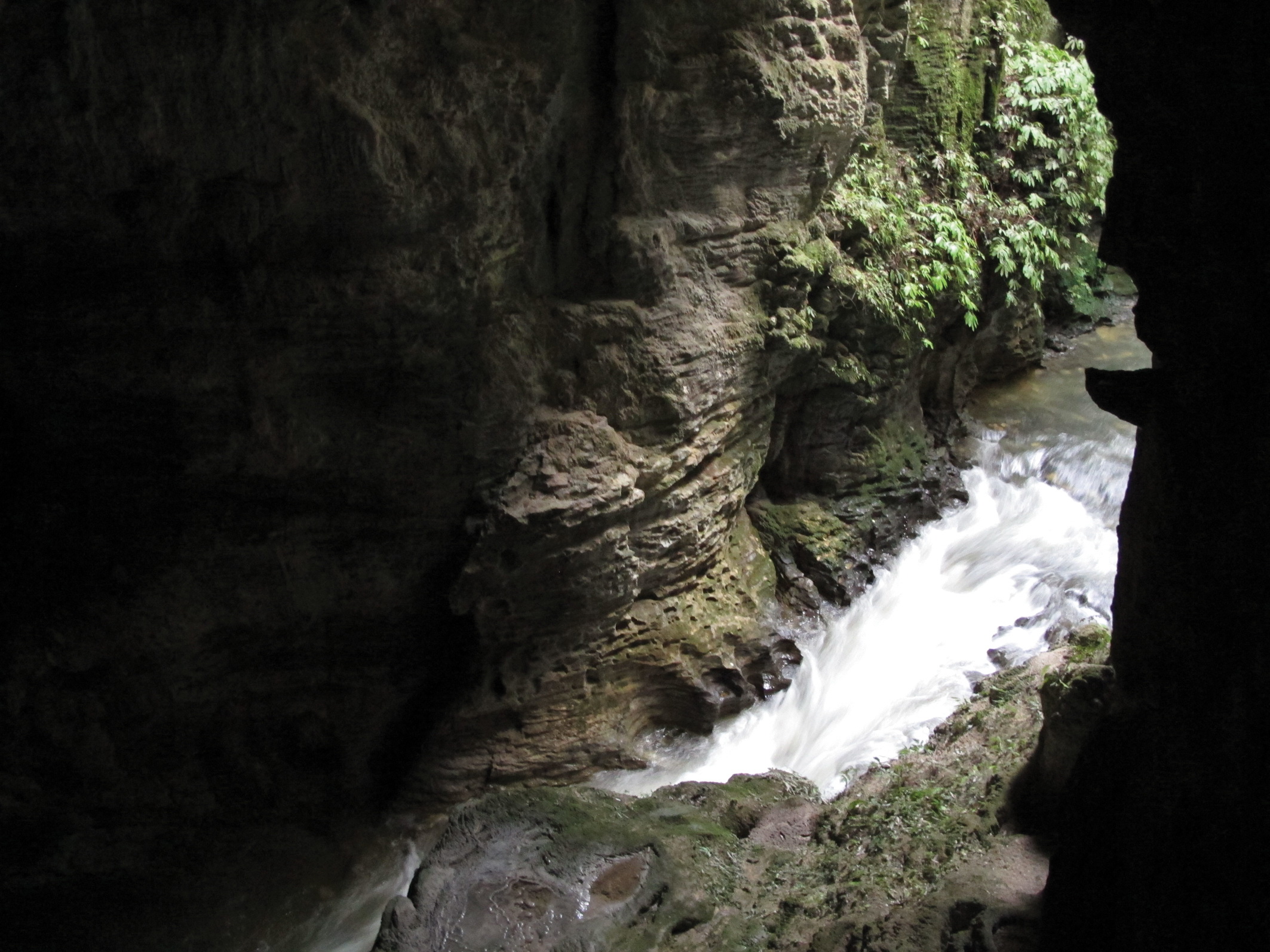 The Ruakuri Walking Track in the Ruakuri Scenic Reserve, near Waitomo in the Waikato,  is full of amazing limestone features including a massive natural tunnel, high bluffs, a sculptured gorge, fossils, caves and speleothems (features like stalactites/stalagmites).

At night glowworms can be seen beside the track.  But if you visit after dark you must take care on the track (which has a number of steps and rocky outcrops), so make sure you take a torch. Do not touch the glowworms as they die when disturbed.

Ruakuri means ‘Den of Dogs’. It was named by a chief from Kawhia, Taane Tinorau. On his way inland he and his party stopped nearby and one of his hunters was attacked by wild dogs defending their den. 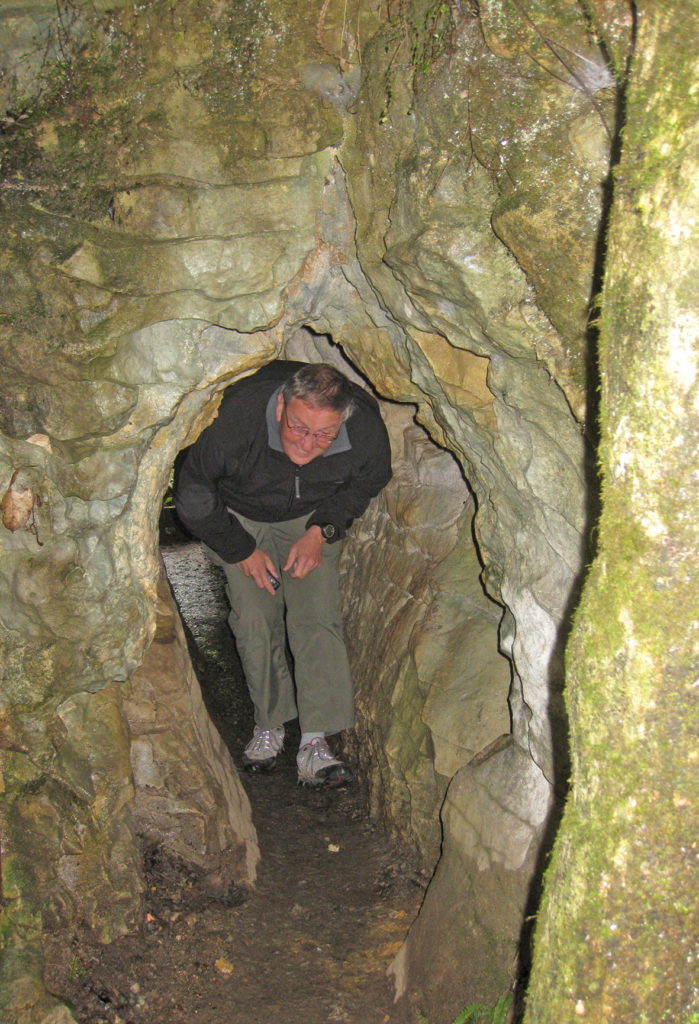 The track splits just a few metres from the carpark. Keep heading straight ahead to do the track in a clockwise direction. At first you follow Waitomo Stream before climbing through tawa forest. Look for the high limestone bluffs to the left of the track. The track then skirts around the edge of a gorge with amazing sculptured rock forms, impressive water chutes and curtains of overhanging vegetation. At the end of this section you can see the downstream entrance to a large tunnel. The stream below can be a peaceful trickle or a more substantial rapid depending on how recent and heavy the last rains were.

At this point the track makes a sharp turn and you sneak through a short limestone passage and travel over the top of the natural tunnel to a track junction. From here  you can turn hard right and return to the car park on the other side of the river or carry on to do the upper loop. If you do the upper loop the track splits again after a few metres.

Heading anticlockwise there is an option of taking a very short side track into the middle of the tunnel with spectacular side-lit views of the river running through the cave system. There are steps down to the viewing point and no lighting so tred carefully.

Back out on the upper circuit there is another short tunnel to go through (just a few metres long with plenty of head-space) and a descent down to the stream. Look for koura and eels in the water if it is clear (the water can be cloudy after rain).

Following the stream you eventually end up at the upstream end of the tunnel. It can be quite disorientating as the stream makes a sharp hidden turn within the tunnel. Climb back up one more set of steps to complete the loop.

How to get there

From Waitomo Village head west past the Waitomo Glowworm Caves to a roundabout.  Turn left onto Tumutumu Road and drive for about 3.5 kilometres to the signposted entrance to Ruakuri Scenic Reserve.  The carpark is the meeting  place for visitors to Aranui Cave and the end point for one of the Black Water Rafting trips, as well as being a popular picnic area and the start of the Ruakuri Walk – so it can be a busy place.